A specific type of sunlight may help strengthen cells that fight infections, according to research that offers new evidence that the sun’s rays can trigger healthy responses in humans.

Vitamin D produced in the skin from sunlight has many well-documented health benefits. But researchers at Georgetown University Medical Center have observed how sunlight can also prompt distinct immunity-boosting benefits in cells that are separate from vitamin D.

Researchers found that certain wavelengths of light – especially blue light – stimulate T-cells, a critical part of the immune system. T-cells can destroy cells infected with a virus and help facilitate an immune response by making antibodies. In order to do that, the cells need to move.

“The most surprising thing is that the cells move more quickly in response to light, which could be beneficial,” said Gerard Ahern, an associate professor of pharmacology and physiology at Georgetown University and the study’s senior author.

“When people think of sunlight and immunity, many studies show there are beneficial effects of sunlight. Mostly people think it is through the generation of vitamin D. But sunlight, in particular, is protective against many autoimmune diseases, like multiple sclerosis,” Ahern said in an interview with Life Science Daily.

In the study, human and mouse T-cells were radiated with both ultraviolet light and blue light. UV light that hits the outer layer of skin sparks synthesis of vitamin D, known to strengthen bones and protect against many illnesses. Blue light, with its slightly longer wavelength, penetrates deeper into the skin to reach T-cells.

Low levels of blue light made the T-cells move more quickly and stimulated hydrogen peroxide within the cells. Hydrogen peroxide is released by white blood cells when they come in contact with an infection in order to kill bacteria.

“It is interesting that to some degree that the blue light would generate that within the T-cells. It is mimicking what can happen in an infection,” Ahern said.

Outside of a laboratory environment, Ahern estimated it would take an individual just a few minutes in full summer light to spark a comparable positive response in immunity-fighting cells. Wearing sunscreen absorbs UV rays, but still allows skin to be stimulated with visible light to a slower degree, he said.

Ahern’s advice is to soak up the sun’s rays in a responsible way. Individuals should strive to expose their skin to enough sunlight in order to stimulate a healthy response at a cellular level as well as production of vitamin D, without burning and increasing the risk of skin cancer.

Although the results from the study are preliminary, Ahern suggested the benefits of blue light might one day be more widely used as therapy to boost immunity. Lamps equipped with blue lights are now used to benefit patients with seasonal affective disorder.

Researchers at Georgetown are hoping to build on the study and are now examining gene profiling and other molecular pathways that may be activated by light.

A number of skin diseases that may be related to an immune system problem, such as psoriasis, activate T-cells. Ahern said he would like to see whether sunlight could help modulate the inflammation that occurs in skin diseases.

Go Out Under Sun as Deficiency of Vitamin D Causes Diabetes, Says Study

Source: http://food.ndtv.com "Osteoarthritis is the single most common cause of disability in older adults. According to the United Nations, by... read more

A new study has found that patients with neuromyelitis optica have lower vitamin D levels than healthy controls and... read more 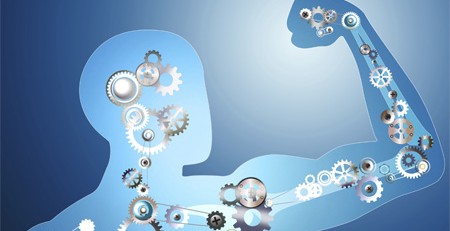 Mankind Pharma has taken the initiative to spread awareness about the importance of having strong bones, among the mass.... read more