Americans Are Taking Too Much Vitamin D

Americans Are Taking Too Much Vitamin D

Nearly one in five U.S. adults are taking supplemental vitamin D, and a growing number are taking excessively high doses linked to an increased risk of fractures, falls, kidney stones and certain cancers, a new study suggests. Vitamin D helps the body use calcium to support bone health. The recommended daily intake of vitamin D for most adults is 600 IU (international units), or 800 IU after age 70. For the study, researchers examined nationally representative survey data collected for 39,243 adults from 1999 to 2014 to see how many people took daily doses of more than 1,000 IU and how many were taking more than 4,000 IU, which is the maximum recommended amount to avoid dangerous side effects.

The proportion of people taking more than 1,000 IU daily surged from just 0.3 percent in the first survey in 1999-2000 to 18 percent in the last survey in 2013-2014, researchers report in JAMA. Over that same period, the proportion of adults talking 4,000 IU daily or more climbed from 0.1 percent to 3.2 percent. “Vitamin D is essential for bone metabolism, as it helps the body absorb calcium and maintain appropriate concentrations of calcium and phosphate in the blood,” said senior study author Pamela Lutsey, a public health researcher at the University of Minnesota in Minneapolis. “Excessive intake of vitamin D can, however, be harmful, as it can cause overabsorption of calcium,” Lutsey said by email. “Excess blood calcium can, in turn, lead to detrimental deposition of calcium in soft tissues, such as the heart and kidneys.” High doses of vitamin D were most common among women, the elderly and white people, the study found. In 2013 and 2014, 6.6 percent of people age 70 and older were taking at least 4,000 IU of vitamin D daily, while none were in 2007. About 6.6 percent of people aged 60 to 69 were also taking this much vitamin D by the end of the study, as were 4.2 percent of all women and 3.9 percent of all white participants.

Previous research links high doses of vitamin D supplements to an increased risk of serious side effects, particularly when it’s used in combination with calcium supplements, the authors note. Some studies suggest high doses may be associated with an elevated risk of prostate and pancreatic cancers, and deaths from all causes. The study wasn’t, however, a controlled experiment designed to examine the risks and benefits of varying amounts of vitamin D supplementation. Another limitation of the study is that participants had to accurately recall and report on their use of vitamin D supplements, the authors note. People were asked to bring in their pill bottles to aid in accurate reporting. Some people take vitamin D because it isn’t in many foods, though it can be found in beef liver, canned salmon or sardines, cheese, and egg yolks as well as fortified milk and orange juice.

Most milk sold in the U.S., for example, contains 100 IU of vitamin D per cup. Daily multivitamins typically contain only about 400 IU, and people consuming more than this are usually intentionally trying to boost this specific vitamin, the researchers point out. Supplements are particularly important to consider for people over 50, or who are younger but don’t get much sun, individuals with dark pigmentation and people who live at higher latitudes, said Dr. Matthew Drake, a researcher at the Mayo Clinic in Rochester, Minnesota, who wasn’t involved in the study. “Generally younger or otherwise healthy people with adequate sun exposure are less likely to have low vitamin D levels,” Drake said by email. However, sunscreen blocks vitamin D production in the skin, he added. “For most people, 1000-2000 IU of vitamin D daily is a very safe level of supplementation which will keep the clear majority of people in an optimal range,” Drake said.

The study suggests that many Americans are taking more vitamin D than they should, noted Dr. Karen Hansen, a researcher at the University of Wisconsin School of Medicine and Public Health in Madison who wasn’t involved in the research. “Too much is not always better,” Hansen said by email.

Does everyone need to take Vitamin D supplements?

Vitamin D And Our Fave Snack

Going To The Beach Health Benefits 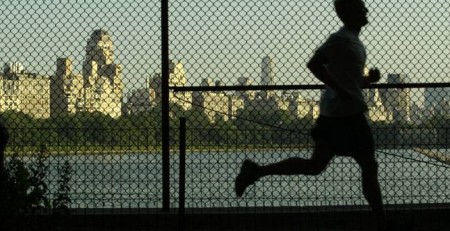 A new Drug that can lower bad cholesterol – Study