We know that a woman’s diet has a direct impact on her pregnancy and the health and development of the child. But what we often tend to miss that the father’s health also plays an important role. According to a new study, women’s health may not be the only factor in ensuring the growth and development of the child. A new research which has been presented at the European Congress on Obesity in Portugal has found a strong link between a father’s vitamin D intake and the child’s height and weight at age five.

It has been established that the mother’s vitamin D intake before pregnancy plays an important role in the newborn’s musculoskeletal and overall health but this time around scientists diverted their attention to asses if the father’s vitamin D before conception intake can affect the child in any way and they came up with some significant results. Vitamin D is an essential nutrient also known as the sunshine vitamin. It is produced in the body when the sun’s ultra violet rays come in contact with your skin.

The most important function of Vitamin D is that it regulates the amount of calcium and phosphorous in the body – both are elements that are vital for strong bones, teeth and also to keep your muscles healthy. The British Dietetics Association recommends about 15 minutes of sun exposure at least thrice a week and between 11 A.M to 3 P.M when the rays are the strongest to get your dose of Vitamin D. Researchers from the School of Public Health, Physiotherapy and Sports Science at the University College in Ireland analysed the Lifeways Cross-Generation Cohort Study and found a link between a father’s vitamin D intake reported during the first pre-natal trimester and the height and weight of children at age five among 213 father-child pairs. However, their findings did not show any association between a mother’s vitamin D intake during the first and second trimester and children’s weight. The researchers also noted that three or more hours of playing outdoors over weekends was related to increased height at five years of age which further solidifies that fact that sunlight is essential for the production of Vitamin D which further helps in growth and development of the child.

Source: deccanchronicle.com Men across the world consider lasting longer in bed as a mark of performing well and are always... read more 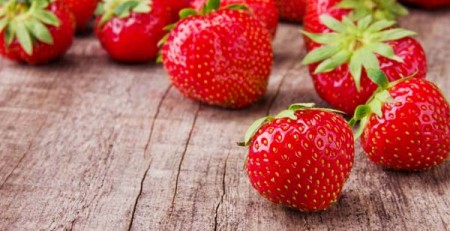 Super Brain Foods For Your Kid

Children have a different set of nutritional requirements, as they are in their growing stage. A complete nutrition is... read more