The Sun is Our Friend

The Sun is Our Friend

The Sun is Our Friend We’ve heard our entire lives to “put your sunscreen on” & “stay out of the sun”. This has cut us off from the much-needed vitamin D we need for our bodies to be healthy. “A major study was conducted by researchers at the Karolinska Institute found that women who avoid sunbathing during the summer are twice as likely to die as those who sunbathe every day. The study followed 30,000 women for over 20 years & found that mortality was double in women who avoided sun exposure compared to the highest exposure group.”

The truth is that in the USA, vitamin D deficiency is at epidemic levels which can lead to aggressive forms of skin cancer. Researchers have concluded that “avoiding the sun and putting sunscreen on is doing more harm than good”. This is due to the fact that “overall sun avoidance combined with wearing sunscreen blocks the body’s ability to produce vitamin D3 from the sun’s UVB rays, which is by far the best form of vitamin D”. Vitamin D deficiency is at epidemic levels in the U.S and “can lead to very aggressive forms of skin cancer”. A study published in 2011 suggests that “optimal blood levels of vitamin D offers protection against sunburn and skin cancer.

Additionally, vitamin D protects the body from diseases like multiple sclerosis, rickets (in the young), tuberculosis, inflammatory bowel disease, rheumatoid arthritis, systemic lupus erythematosus and sjogren’s syndrome”. Another study by the researchers at the University of Alabama found that “lack of sun exposure may lead to cognitive decline over time.” According to Bernard Ackerman, MD – who was one of the world’s foremost authorities on skin cancer, the sun, sunscreens and melanoma cancer risks, found that “there is no conclusive evidence that sunburns lead to cancer & no real proof that sunscreens protect against melanoma.”

A Swedish study in 2000 concluded that people who use sunscreen have a higher rate of melanoma than those who don’t use sunscreen. Elizabeth Plourde, PhD – a California-based scientist – extensively documents the “serious life threatening dangers of sunscreens to not only people who use it, but to the environment as well”. She states that “many sunscreens contain chemicals that are known carcinogens and endocrine-disrupting chemicals”. A

dditionally, the chemicals in sunscreen have “polluted our water sources including oceans, rivers and municipal drinking water. Worse yet, testing revealed that 97% of Americans have sunscreen chemicals in their blood”. The findings are clear and concise. Put down the sunscreen & get in the sun for 30 minutes a day for optimum vitamin D exposure. Happy sunbathing!! The Sun is our friend by: Brooke Asher Brooke Asher is a Life and Health Consultant with Radiant Life MD

Source: http://food.ndtv.com "Osteoarthritis is the single most common cause of disability in older adults. According to the United Nations, by... read more

Some sunshine and that glass of milk

Click Here: Some sunshine and that glass of milk read more 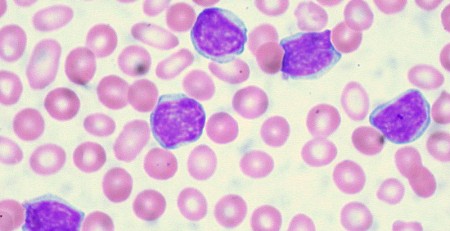 Enjoying the sunshine has several health benefits because it is rich in Vitamin D. This vitamin promotes calcium absorption... read more

Is your body getting enough vitamins?

Click Here: Is your body getting enough vitamins? read more

Vitamin D Benefits Could Help You Fight The Affects Of Aging

Source: www.womansworld.com Make no mistake, vitamin D is a powerhouse nutrient. In addition to being a stress-blocking vitamin that protects... read more

Source: http://today.in/ Intake of Vitamin D supplements during the first trimester of pregnancy is likely to prevent the development of... read more