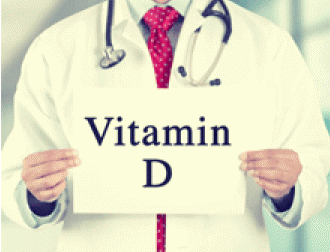 Taking a high dose of vitamin D could be an inexpensive and easy way to treat people with multiple sclerosis (MS), an autoimmune disorder that affects the brain and spinal chord, suggests promising new research.

“These results are exciting, as vitamin D has the potential to be an inexpensive, safe and convenient treatment for people with multiple sclerosis,” said study author Peter Calabresi from Johns Hopkins University School of Medicine in the US.

Low levels of vitamin D in the blood are tied to an increased risk of developing MS and are more likely to have greater disability and more disease activity.

Patients with severe vitamin D deficiency were not included in the study.

Blood tests at the start of the study and again at three and six months measured the amount of vitamin D in the blood and the response in the immune system’s T cells, which play a key role in MS.

While researchers are still determining the optimal level of vitamin D in the blood for people with MS, a suggested range of 40 to 60 nanograms per milliliter (ng/ml) has been proposed as a target.

Participants taking the high dose of vitamin D reached levels within the proposed target, whereas the group taking the low dose did not reach the target.

The people taking the high dose had a reduction in the percentage of inflammatory T cells related to MS severity.

The study was published online in the journal of Neurology.