Neonatal hypoxic ischemic functional outcomes can be improved by adding Vitamin D to hypothermia and N-acetylcysteine (NAC), which helps in preserving the brain volume, reveals a new study.

Vitamin D Helps Treat Neonatal Hypoxic Ischemia
Hypothermia alone, the current standard of care, neuroprotects roughly 50 percent of newborns with moderate to severe hypoxic ischemia. Therefore, half of all affected newborns are left with developmental, cognitive and motor delays including cerebral palsy following injury.
Clearly, newer therapies are needed that can be given in combination with hypothermia to improve outcomes.
In preclinical studies, hypothermia and anti-oxidant treatment with N-acetylcysteine (NAC) are neuroprotective following neonatal hypoxic ischemia in females, but less so in males. Addition of vitamin D to hypothermia and NAC following neonatal hypoxic ischemia improves functional outcomes and preserves brain volume in male rodents, report researchers at the Medical University of South Carolina (MUSC) in the issue of Neuropharmacology.

“These treatments may attack the problem from different angles, helping different cells at different stages of recovery,” says Dorothea Jenkins, M.D., a professor and clinician in the Department of Pediatrics at MUSC and the senior author of the article.

Hypothermia affects several different mechanisms of injury and has been shown in several clinical trials to be neuroprotective in newborns; however, it may not help the most severe babies. These newborns are left with motor and cognitive deficits that will lead to learning and memory problems by the time they begin school.

In an earlier article, Jenkins showed that females with severe hypoxic ischemic injury benefit from a combination treatment of hypothermia and NAC, which provides the rate-limiting amino acid for the primary anti-oxidant in all cells. However, males did not show the same neuroprotection or functional improvement with the treatment.

Knowing that vitamin D is degraded during neuroinflammation and injury, Jenkins and her team investigated whether adding vitamin D to hypothermia and NAC would improve outcomes in a preclinical model, particularly in males.

After a two-week course of this multimodal regimen, males showed a dramatic increase in sensorimotor function (50 percent to 75 percent), working memory (decreases in path length to a platform: 375 cm to 300 cm) and a decrease in animals presenting with severe brain injury volumes (80 percent to 36 percent) compared to hypothermia and NAC treatment.

Further analysis, however, revealed that those males were still not properly regulating vitamin D. Despite showing drastic improvements, males still had markers of neuroinflammation and still degraded vitamin D while undergoing treatment. This was not true in the females, in whom proper regulation of vitamin D was restored. This sex difference is still currently under investigation and will be the focus of future investigation from this group.

This study revealed that both male and female newborn rodents are vitamin D deficient, which may be particularly important during crucial developmental periods as well as after brain injury.

“We don’t test hypoxic ischemic injury babies for vitamin D deficiency and we don’t treat it,” says Jenkins. “That probably needs to change.”

Tests to measure vitamin D levels are no longer slow and testing would be an easy change that could be made to standard protocols to determine if the newborns are deficient.

Jenkins and her team plan to build upon these results with preclinical and clinical studies aimed at understanding the injury mechanisms underlying hypoxic ischemia and how they differ in males and females. The ultimate goal would be to fine tune treatment based on sex.

“It’s an interesting possibility we might need different combination therapies for males and females,” says Jenkins.

Osteomalacia: A Rampant Yet Ignored Bone Disorder in Indians

Being a summer baby has its benefits

Click Here: Being a summer baby has its benefits read more 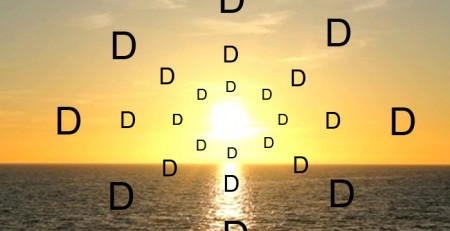 About 86% of people have below normal vitamin D levels, out of which nearly 45% had moderate to severe... read more

Milk is nature’s best wellness drink, here are 4 healthy reasons for you to slurp it

Click Here: Milk is nature's best wellness drink, here are 4 healthy reasons for you to slurp it read more

Lounge in the sun to be ‘hearty’

Click Here: Lounge in the sun to be ‘hearty’ read more

Solitair device aims to takes guesswork out of sun safety