There has been much discussion recently about Vitamin D and its role in preventing various chronic diseases, such as heart disease, diabetes, high blood pressure, and different types of cancers. Studies show that millions of children and teens suffer from vitamin D deficiency and insufficiency, and official estimates suggest one in five adults and one in six children in England may have low levels without being aware of it. In recent years I have been increasingly checking the levels of Vitamin D in my patients and have been surprised at how many have a deficiency without realising it.

The dangers of low Vitamin D Vitamin D plays an important role in bone health, promoting the absorption of calcium and phosphorus in bones and teeth, making them stronger and healthier. It also strengthens the immune system and helps regulate cell growth. Deficiency can result in rickets and brittle bones. People get most of their vitamin D from the action of sunlight on their skin and so the relatively low levels of sunlight in the UK – in effect we only have six months of the year with enough sunlight to give us enough vitamin D – means we are at risk, especially as the amount in food is small, unlike many other vitamins. Teenagers and adolescents spending lots of time indoors playing computer games has also been cited as a reason why many of them are now suffering from low vitamin D levels compared to their parents generation. Sunshine or supplements?

So, should we be topping our children up with vitamin D or exposing them to sunshine which has its own inherent risks? This is a tricky question to answer as it’s often difficult to get enough vitamin D through diet, and even though sunlight is the best source, most people now limit their sun exposure due to a fear of increasing their risk of skin cancer. Some research on vitamin D suggests that approximately five to 30 minutes of sun exposure on the face, arms, legs, or back without sunscreen between 10 am and 3 pm at least twice per week usually leads to sufficient vitamin D synthesis. However, sunscreen application tends to block the skin synthesis of vitamin D, and in the northern hemisphere, ultraviolet light B (UVB) rays that promote vitamin D synthesis are more intense during the summer months and less intense during the winter months.

Their intensity is reduced by clouds and pollution, and they won’t pass through glass, so sitting next to a window won’t provide enough sunlight exposure to make vitamin D. In children and adults, symptoms of vitamin D deficiency include bone pain or tenderness, dental deformities, impaired growth, increased bone fractures, muscle cramps, short stature, and skeletal deformities such as rickets. Children at risk of vitamin D deficiency include those who have reduced  exposure to sunlight; are on certain medications, such as anticonvulsants that interfere with metabolism; and are overweight or obese.

Others at risk include those with cystic fibrosis and Crohn’s disease, and some children may not be drinking enough milk by choice or because they have a milk allergy, are lactose intolerant, or follow a vegan diet. The doctor’s view What to do here then? My personal view, and the one I tell my patients, is that since the risks of low vitamin D are well-known, parents should try and reverse the trend by getting their children to drink milk (or eat yogurt fortified with vitamin D) and reduce the time they spend watching television, playing games on the computer or handheld devices, and spend some time outside in the sun. Woman smiling in the sun Vitamin D supplements can be considered when the recommended dietary intake isn’t met by food alone and I usually suggest that children younger than one should receive 400 IU/day (10 mcg) and those older than one should take 600 IU/day (15 mcg) via an over the counter supplement.

However, I always say that it is better that vitamin D be obtained through food so that a supplement is not viewed as some kind of drug. Eating a diet rich in healthy food and vitamin D, playing outside (in or out of the sun) and cutting down on the number of hours spent indoors would seem to be the sensible and pragmatic option here in my view to help reverse the trend in our younger generation developing vitamin D deficiency. People especially prone to needing daily supplements of vitamin D include; Infants and children aged under 5 Pregnant and breast-feeding women, especially teenagers and young women People aged 65 and over People with little exposure to the sun, or who are housebound People with darker skin.

There is also now some early research suggesting that vitamin D levels could be linked with multiple sclerosis, some cancers and heart disease but we currently cannot say with any certainty if this will prove to be the case. However, one thing is certain – we will be hearing a lot more about the importance of vitamin D in the future

Keep your face to the sun!

Click Here: Keep your face to the sun! read more

Does Deficiency of Vitamin D Limit the Immune Recovery in HIV-positive Adults? 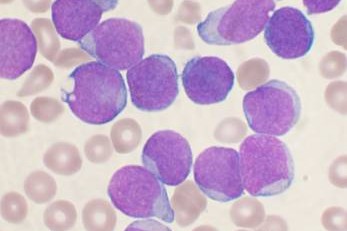